It was not until I was seated in the airplane when I realized: I didn’t bring cash or any pants. Kind of funny but as I wanted to travel light there were only leggings in my  backpack. Otherwise, the trip started off quite ordinary: I was knitting a scarf. And I am not going to lie to you: it was my way of dealing with the fact that it was a journey into the unknown. But hey, everybody travels solo, right? Nothing to worry about.

After 13 hours I landed in San Francisco and I had to wait two hours in line for security control. The not so friendly officer asked me all the question I had no answers to: «Miss Rainer, where are you going to stay? What are you going to do here in California? Who do you know here?» I told him about my idea of traveling and in the end he still let me enter because I showed him my return ticket. When I finally stepped on American ground I was looking for my giant box which I brought with me instead of luggage.

By the time I arrived in the HI Hostel in San Francisco I was exhausted. I wanted to drink a tea and go to bed. But then a beautiful long-haired hippy-woman sat on the bed. McKinsley was her name. She was staying at the hostel because she attended a chocolate conference. I loved listening her talking about her chocolate business. Her chocolate was raw, organic and of course stevia sweetened. We ended up talking about our lives. She told me that she always ends up doing what she loves. McKinsley was in her forties and has allready been homeless twice in her life. What a brave person. Eventually our conversation came to an end because she had to do her yoga practice and I wanted to sleep. 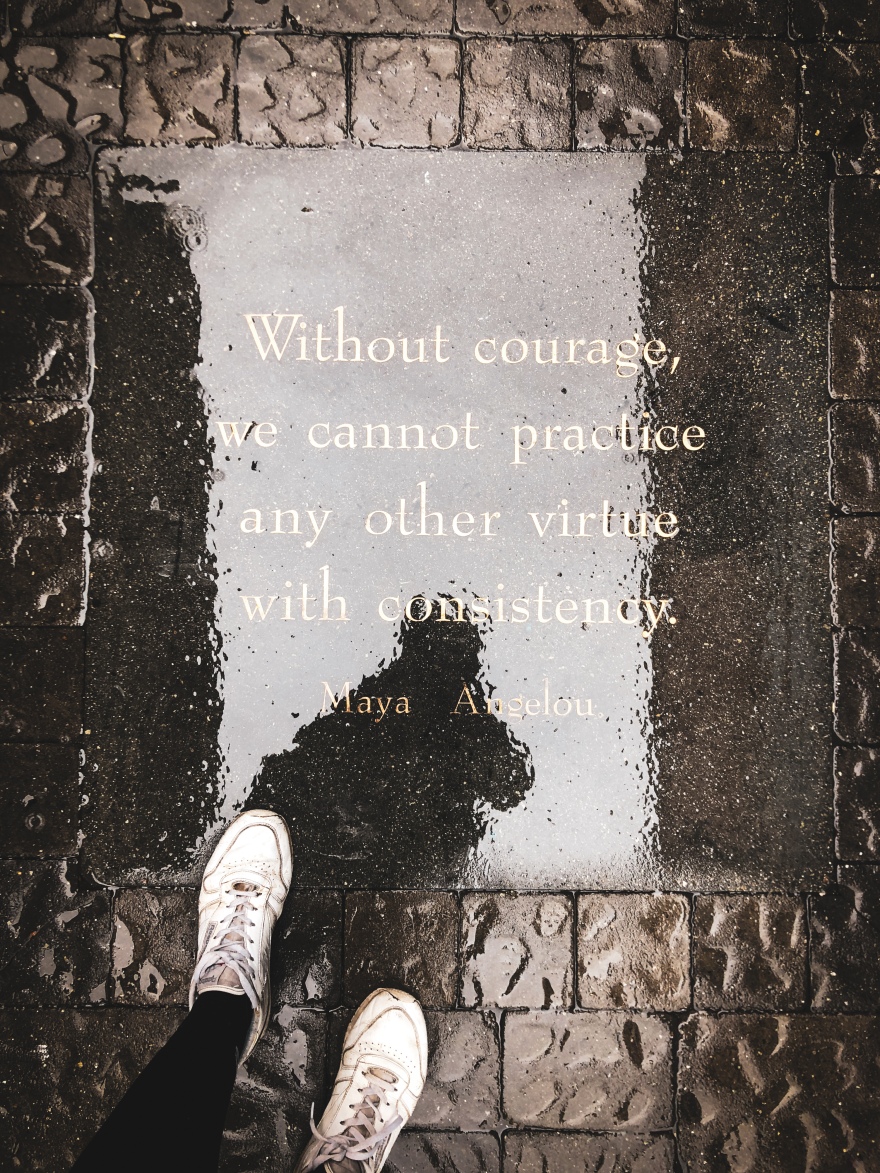 The next three days I was a very good tourist. I drank lots of kombucha tea. I spent hours strolling through whole foods supermarket. I marvelled at the women’s building in mission district. I visited Victorian houses in haight-ashbury district. A I was driving my bike along the coast and up twin peaks. I spent an afternoon at the amazing «city lights books» library (it was one of my favorite spots in the city). And I made new friends at the hostel’s kitchen every night. The artsy and quirky atmosphere in the city was so inspiring. Right before I got used to it, I was leaving for my next destination.

Kelseyville wasn’t exactly what you would call a hot spot. But I had made an inscription to Vipassana, a meditation course. I had arranged a ride share to go there as it was a two hours drive to the north of California. The driver’s name was Kevin and he was a tall, really friendly guy. It turned out he was working for Tesla, which was why I felt like in a spaceship during the ride ( 60 miles per hour in 2.275507139 seconds for speed-up is so much fun).

During the ride I got a little nervous. Vipassana is a course where you meditate for ten days straight. At this moment I had no idea why I signed up for this. And only during the instructions on the first evening I realized that I was not only going to meditate for ten days. I was also going to meditate for twelve hours every day and speaking or making eye-contact was not allowed. The retreat manager advised us to stay at the retreat center during the whole ten days even if we felt the strong urge to go home. I wondered if maybe that was a good thing I booked that retreat in California? So I couldn’t run away?

It was hard. And even harder to sum up my experience in words. But it was also very healing. I felt every emotion there was inside me. Deep pain, joy, love, happiness, freedom, anxiety, peace, anger, stress and relieve. Weird thoughts came up. Really everything from sexual fantasies to some very distant childhood memories. Unbelievable that all of this was still in my brain. Even though we weren’t allowed to make eye-contact or speak to any of our fellow meditators, I never felt alone. I felt like I was finally getting to know the real me. I learned that there is a safe place inside me. A place where I can always return to no matter what. It feels so good to know that no matter what storm there is in the outside world, this place will always be inside me. Meditation is like a gym for the mind, where you can train to not let outer circumstances bother you.

When it was over became friends with my roommate Liz. It was so funny. I felt like knowing her without talking to her during the retreat. It’s true, most of our personality is about your behavior and not about the things you actually verbalize. She invited me to come to her place in Oakland where we spend some time. 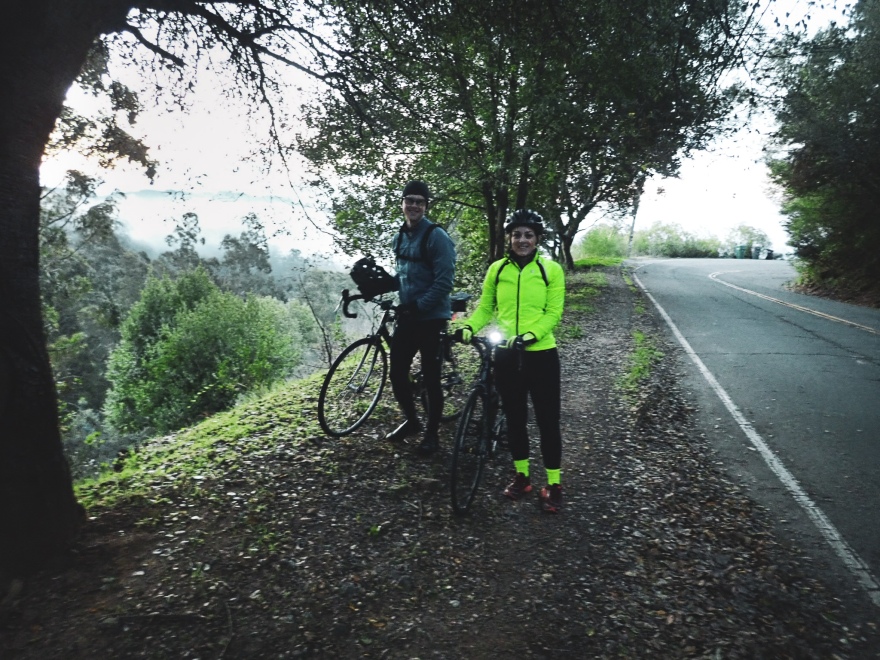 But there was one downside of my new meditation practice: When I got back to the city I could no longer sleep. There were to many sounds, the ground was shaking, there were too many cars, lights, smells. So I flee one early morning. Exactly at sunset I crossed golden gate bridge.

So I followed Liz’ advice and went to a nearby national park called «point reyes». It was such a nice trip: I drove my bike along the coast and enjoyed looking at the ocean. I stopped at Muir Beach and at Stinson Beach and every beach there was on my way. I took pictures of huge trees along the way. Amazed by the wide open nature. Right when I entered the national park I made eye-contact with a deer who crossed my way. The night I spend at a cosy hostel listening to jazz music. There were only older people who came to the park for hiking. They were all so friendly and we shared some beers. The next morning I got up early to go down to a lonely beach before I had to cycle back to the city.

Then it was time to head back home. I officially completed my first three weeks solo-trip. I met so many lovely people and collected beautiful memories. And guess what, I didn’t watch a movie during my flight back home. I meditated.